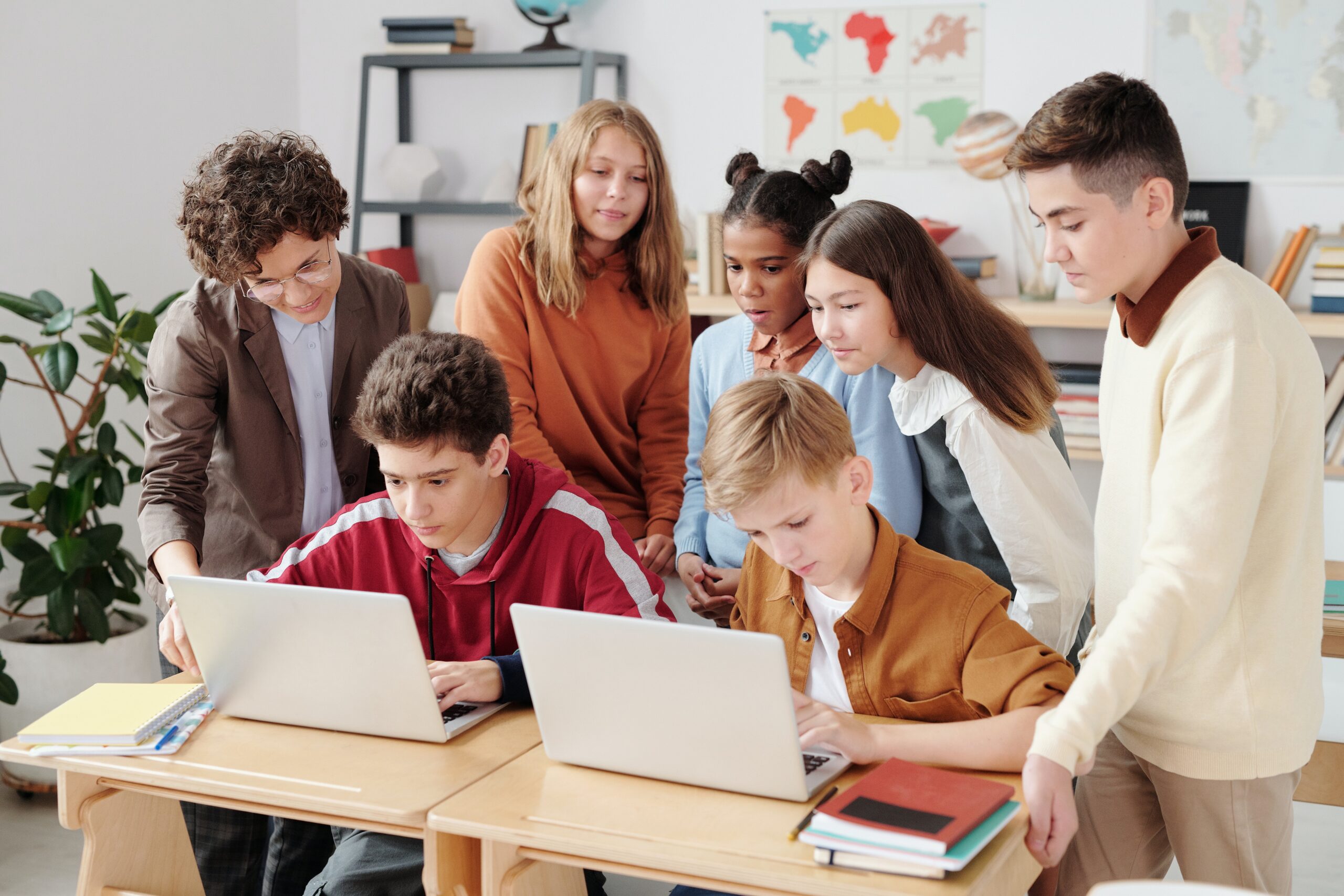 Here are 8 tips on how you can deal with teenagers and all the problems they bring with them.

When we witness our child in emotional pain, we want to repair the issue quickly so they don’t have to suffer. When my daughter was 12-years-old her new friends caused her to fall in trouble at her new school, where she was in the 8th grade. It’s hard to witness your once-happy youngster become depressed by unjust and unkind conditions.
I wanted to get irritated with her at first, but I knew that would only make things worse. I kept my cool and begged my daughter to keep calm. When your child recounts drama that has hurt her feelings or made her feel alienated, it’s natural to become outraged or act dramatic with her, but it won’t help. Your child gains your attention with drama. Use her criticism as a springboard for conversation rather than dramatizing it.

Being an attentive listener is one of the most important things we can do for our children, while simultaneously being one of the most challenging. Because of the numerous distractions in our daily lives, including always being on cell phones, professional commitments, schooling, parental responsibilities, and house-shopping, we are prone to multitasking. By not being present and attentive, we often lose out on meaningful conversations with loved ones.

When your child wants to share something, being a good listener is essential for building trust and promoting understanding. However, many of us listen just half-heartedly because we are simply too busy to pay attention. If anything in your child’s life is making him or her unhappy, frustrated, or fearful, it’s natural for you to want to change it. It is important that children’s sentiments are acknowledged rather than suppressed. Avoid saying things like, “just ignore that, you have to learn to adjust”. Hearing someone say they don’t want to spend time with you is never easy, so be there for her and let her know you understand how she feels. In this moment, it’s perfectly OK to be unhappy. To avoid encouraging self-pity, you should allow her to express and then analyze her feelings, after which you may intervene to attempt to lift her spirits.

Encourage a Wide Circle of Friendship

Preventing friendship problems in children can be as simple as encouraging them to cast a broad net and seek out friends from their neighborhood and school as well as from their class group, music youth group and/or coworkers.

Girls sometimes use bait to “test” their relationships, it is important to reassure females that they do not need to hide their large social circle for fear of offending one group if they spend time with another. Girls play a lot of games with each other. When it comes to educating their teen girls, mom can take the lead. When it comes to boys, either parents can work, but of course a dad can be a better sounding board. In their minds, it doesn’t matter who knows or who learns about what they’re doing. There is no ulterior motive or paranoia.”

Teen friendships strained by gossip, leaving a friend off a party invite, or snatching a partner are usually restored and life continues on.

Sometimes a friendship can’t resist hurt and negative sentiments, and individuals involved may separate ways. Encourage her to leave the connection with respect for herself and the other person.

Creating distance with dignity is advocated in 4 Steps to Help Your Daughter Deal with Middle School Drama. Encourage your daughter to avoid harsh word conflicts, no matter how cold or exclusive her peers are. Remind her not to use false apologies or “just kidding.” Discourage her from badmouthing ex-friends. Teach your youngster to ignore the broken friendship. Appreciate it for what it was, but transfer her emphasis to friendships and activities that make her feel good about herself.

In today’s society, with so many social media outlets available, it is critical to teach both boys and girls about the perils of spreading rumors and “ganging up” on a classmate or friend. We must tap into their consciences in order to teach them the difference between good and bad, it’s critical, in my opinion, for women to be open and honest with their female friends. If they wish to make apologies for their abrasive exchange, they should meet up in person rather than text. Social media provides an almost limitless number of opportunities for harm to be multiplied. When I was growing up, a handwritten note was all I needed to keep track of things. Text messages and social media posts are permanent and may be viewed by a wide audience in a matter of seconds, so be careful what you say.

Hence, it is crucial that you make sure our teen knows, contrary to common belief, “sticks and stones can break our bones but words can never damage us,” this is not always the case when harsh statements are broadcasted on social media platforms where thousands of people can read them Consider whether or not it is safe to post if there is any chance that the message might cause harm to someone else or even to oneself before posting. It’s nearly hard to reclaim something once it’s been made public.

The Victim Role Should Be Avoided

Assist your child in determining where she went wrong so that she may take responsibility for her actions and avoid being a victim.

It’s less common to have a ‘perpetrator and a victim,’ and more common to have a situation where it takes two (or three, or four…) to dance.  Make sure your youngster can retrace their steps and determine what they could or could have done differently in the situation.  It’s fantastic for them if they can honestly state they tried their hardest and didn’t do anything to purposefully injure or hurt someone.  Even if their classmates try to condemn them, youngsters must remain tough and seek out other social groups.

The unfortunate reality is that motivational conduct may often be just cruel.”

Parents are frequently pulled in a variety of ways as they try to strike a balance between home and work. Unfortunately, this means that parents may overlook indicators that their child is dealing with teen drama, or they may not know how or when to intervene.

If the problem turns out to be more than idle teen drama and you feel your child is being bullied, get professional help from a counselor, teacher. Furthermore, parents should always have preemptive conversations with their children and ask a lot of questions to stay on top of their child’s engagements and relationships, so that if something seems “off” in any social area of their child’s life, they will be more likely to spot a problem early on.  Take advantage of favorable opportunities if conversing with your youngster is challenging or even embarrassing.  When we aren’t staring at them directly, children generally open up more. Your youngster may feel more at ease conversing while driving in the car, folding laundry, or even before going to bed with the lights turned down in their bedroom.  When you aren’t staring them in the eyes, you may still be a wonderful listener, and if that makes them feel more at ease, you may be able to persuade them to share even more with you.

Encourage adherence to the precepts of the Golden Rule

For our children, we must teach them the ability to stand up to bullies, but also to speak up for what they believe to be right. When it comes to the Golden Rule, many people are familiar with it: “Do to others as you would have them do to you.”
That guideline and how our children want to be treated is an excellent moral compass to keep them on the correct path.

How do you usually deal with your teenager and their issues? Is there any advice you can share with us? Comment below. 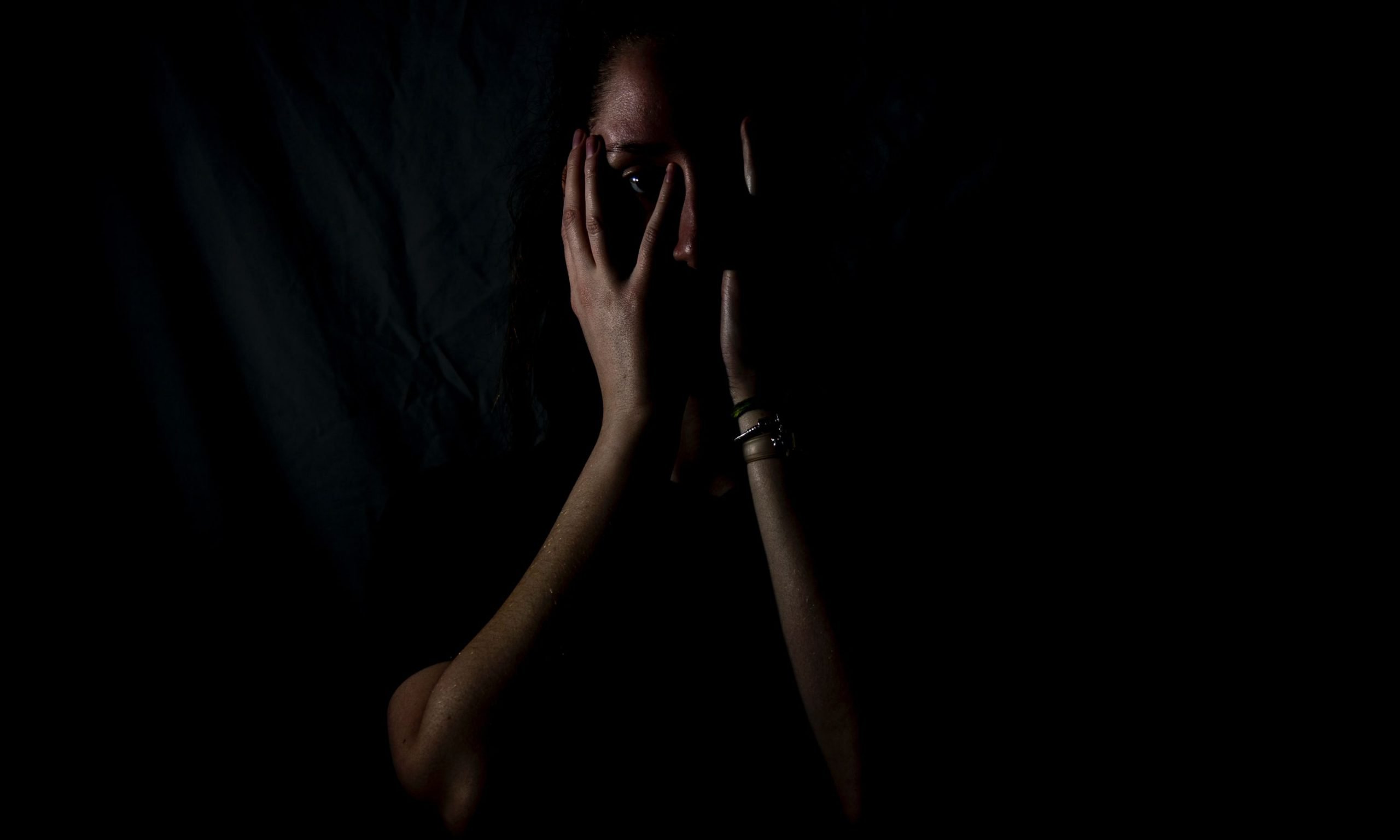 One of the best piece of advice I had received during my postpartum recovery was, “It took you nine months to get here, give your body nine months to heal.” Every time I felt sick, or fat or ugly or angry about being ill and weak, I reminded myself of this advice and calmed down…. 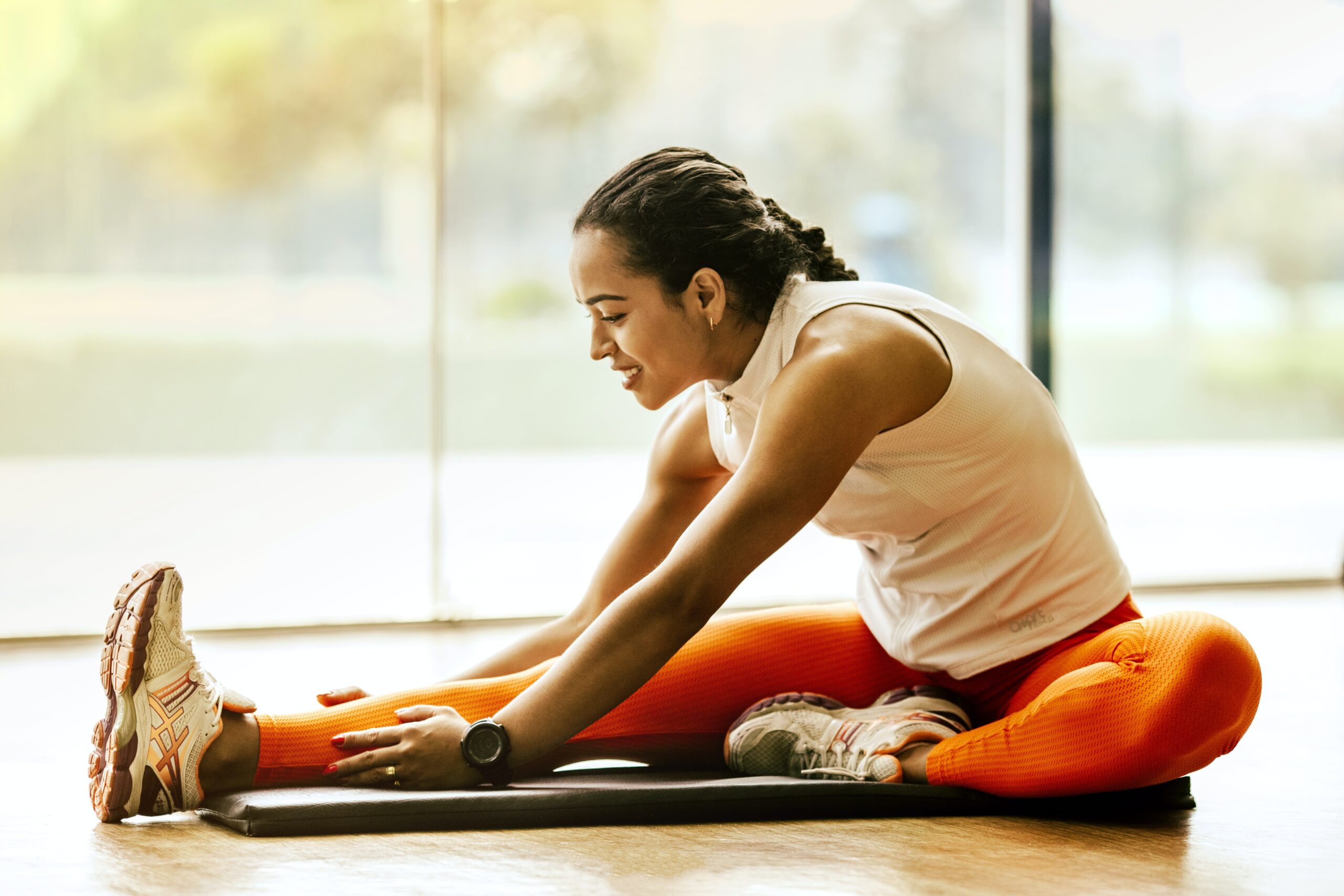 Parenthood is difficult. Parenthood is tiring. Parenthood is exhausting.Post birth, every mom is emotionally and physically drained. Include sleepless nights, crazy hormones, breastfeeding into this and what you get is one helluva tired mother! Taking care of the needs of a tiny human 24/7 can take a toll on every parent’s health. Yet again, this… 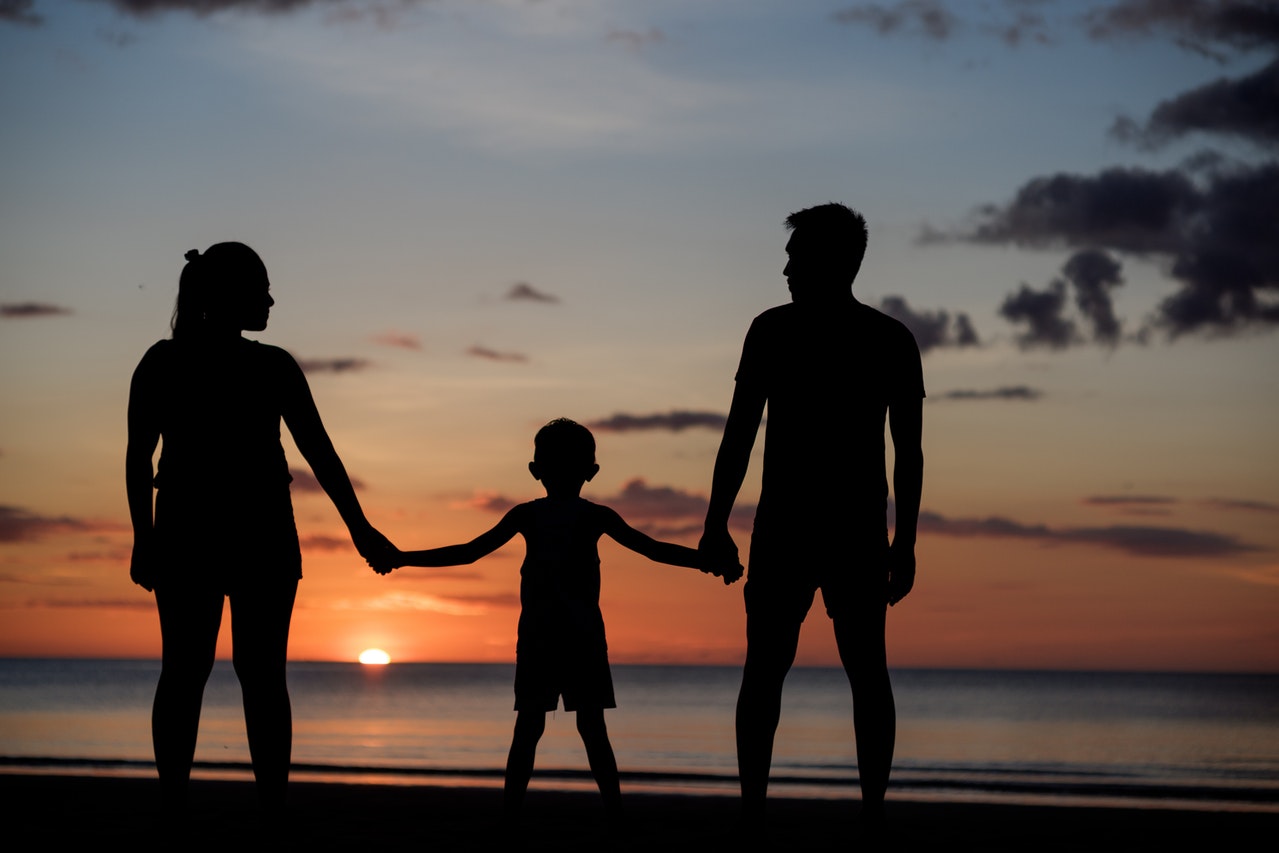 My name is Mahima, and I am mom to a soon-to-be six-year old son. I share our stories on our Instagram page @mumma_aaru (do check it out!) Even before I became a mom, I was aware of the vast distinction between our upbringing and those of kids today. I am sure every one of you…